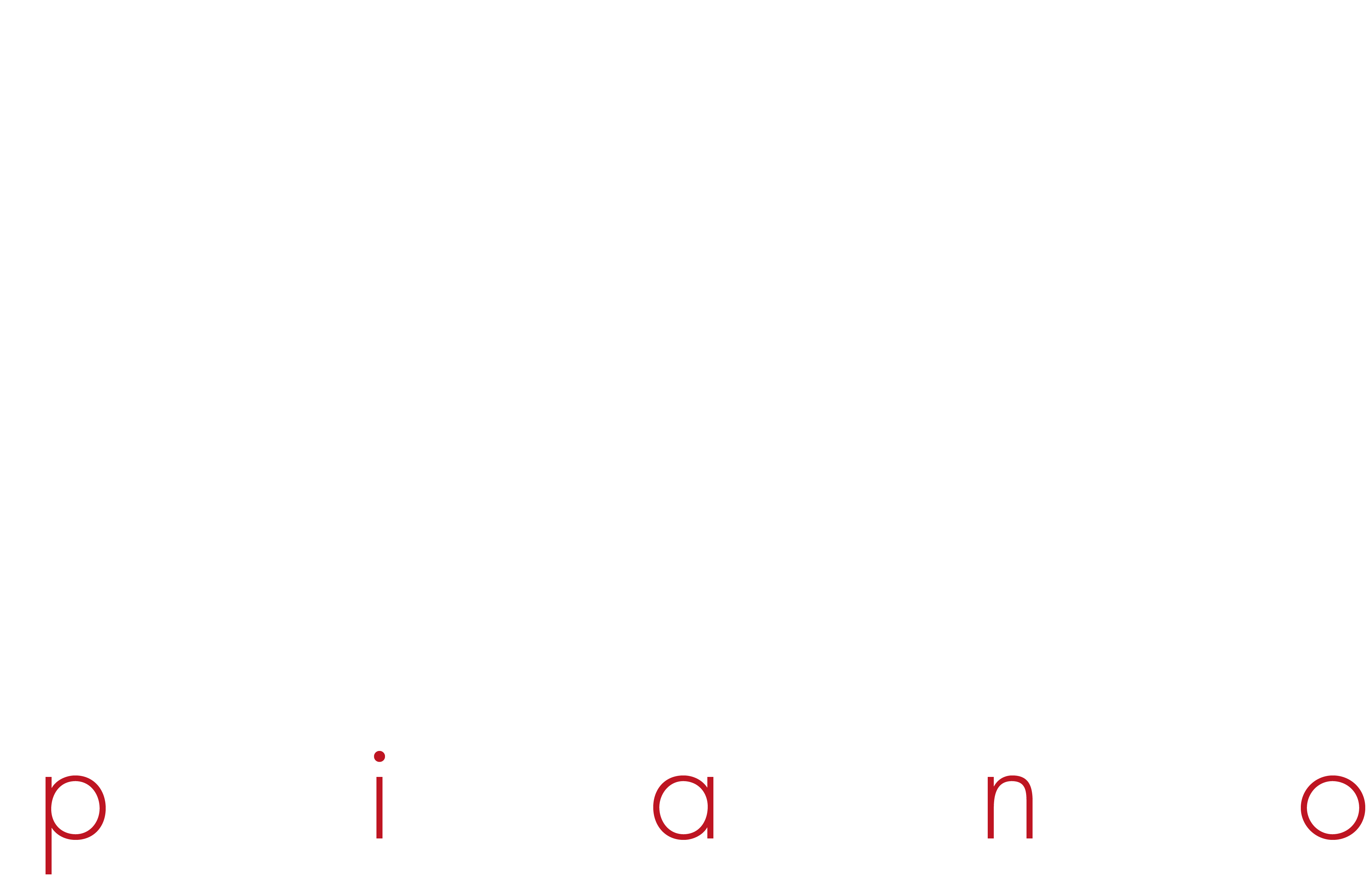 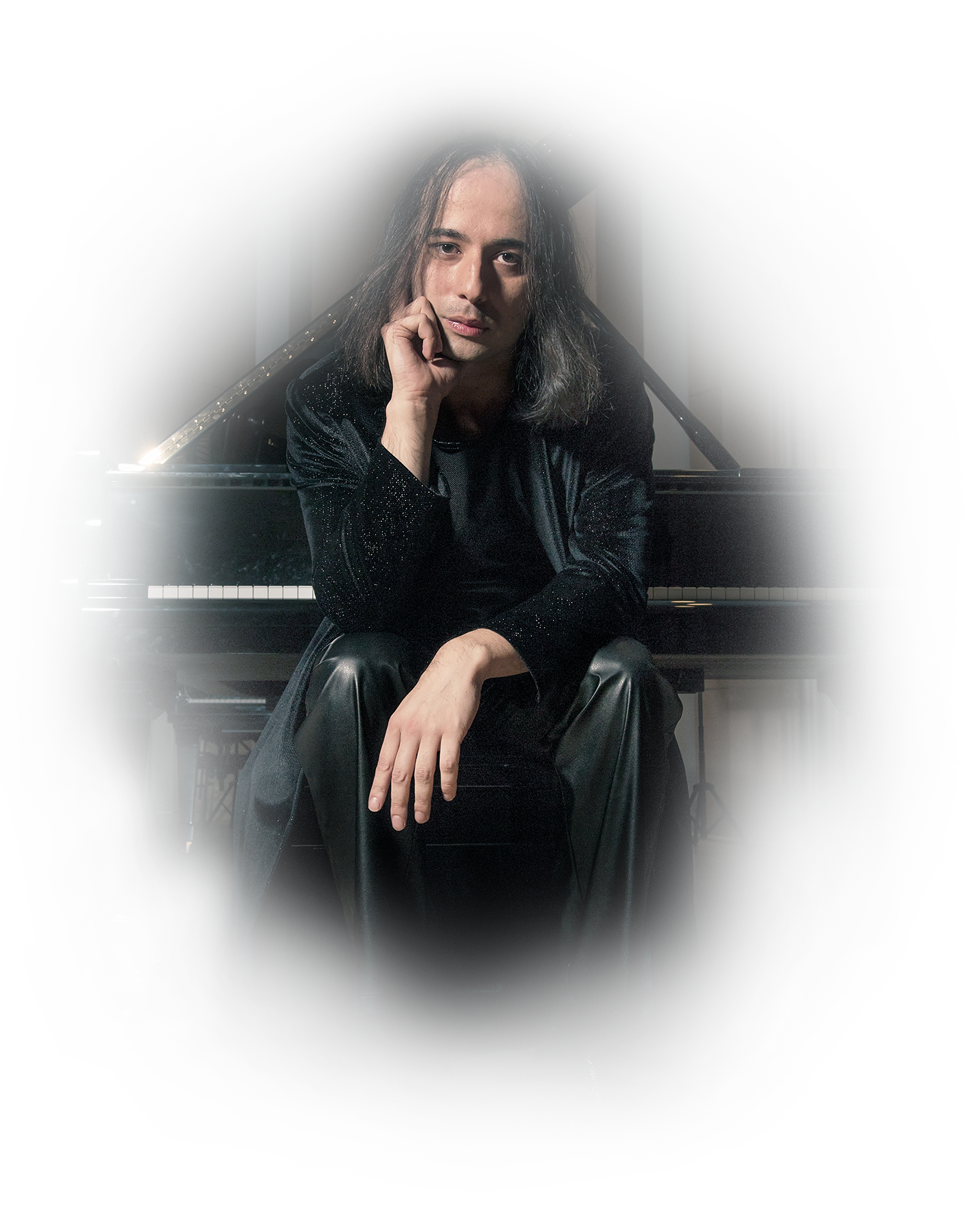 'A STARTLING TEMPERAMENTAL FORCE AND MASTERY' 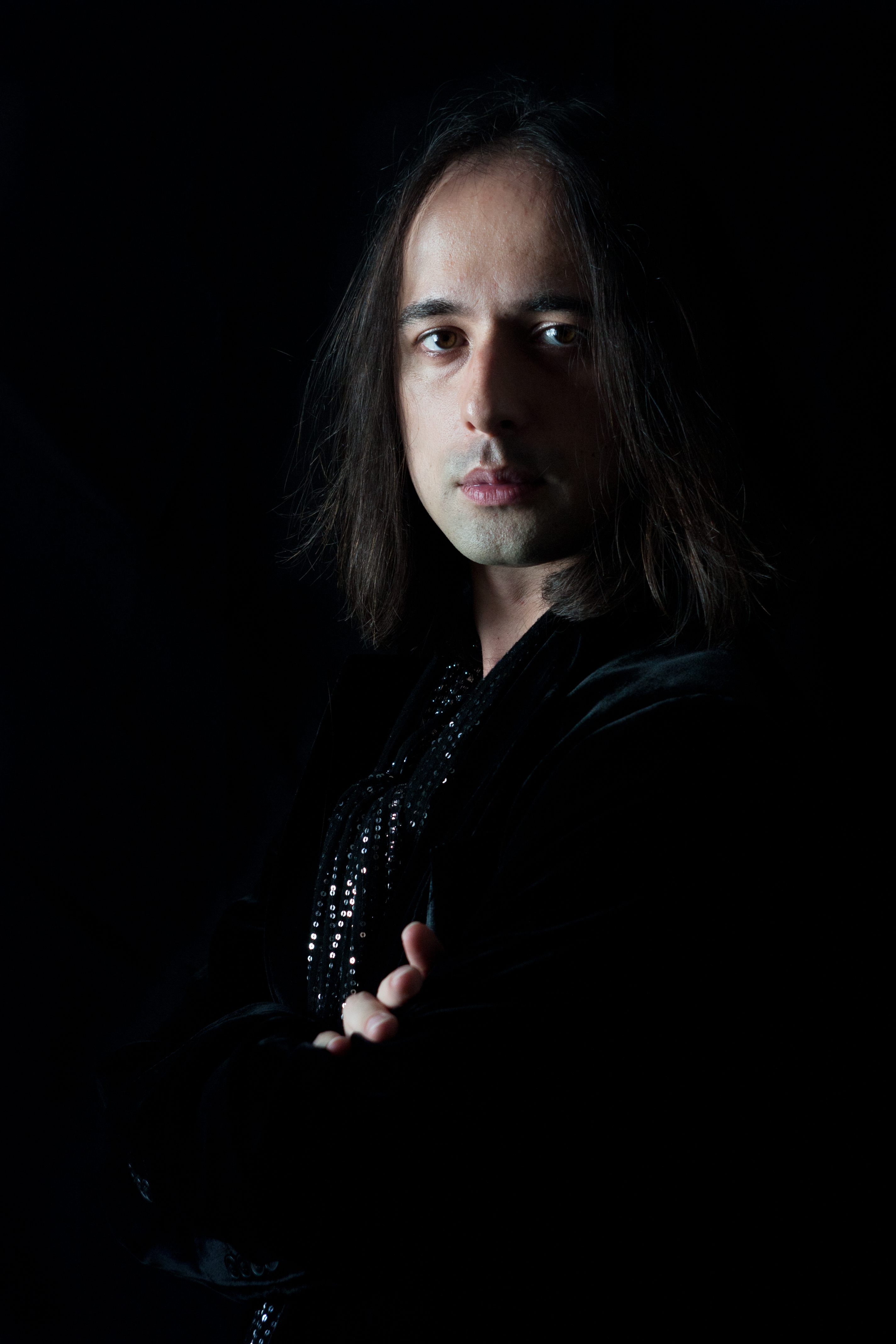 'A STARLING TEMPERAMENTAL FORCE AND MASTERY'

After his American debut at the Discovery Series of the Miami International Piano Festival in 2003, pianist Misha Dacić quickly became a sought-after soloist who captured audiences throughout all over the world.

Known by his virtuosism —parallel to an astonishing sentivity—, Dacić playing transports the audience to acoustic paradises hardly definable with mundane words. 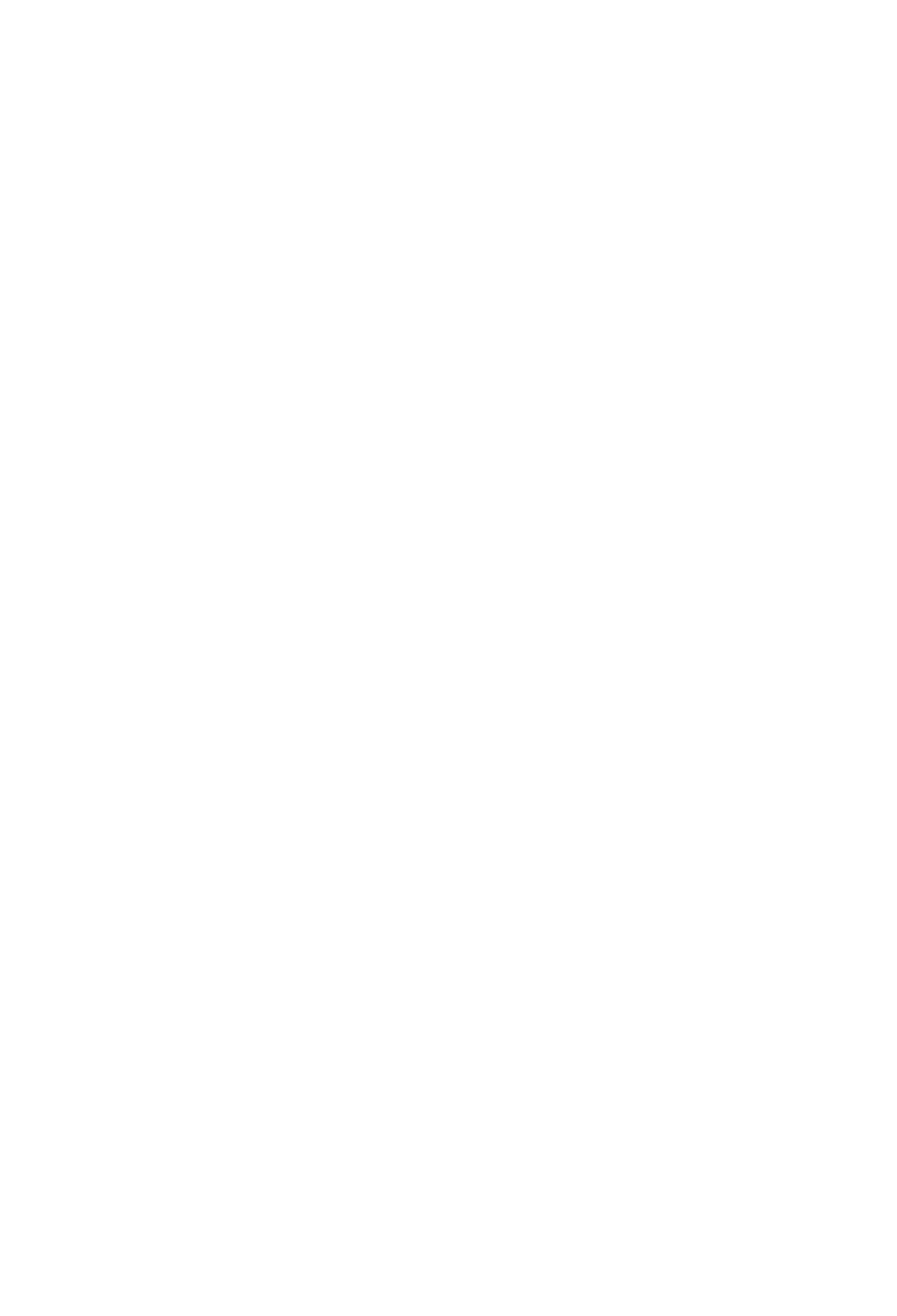 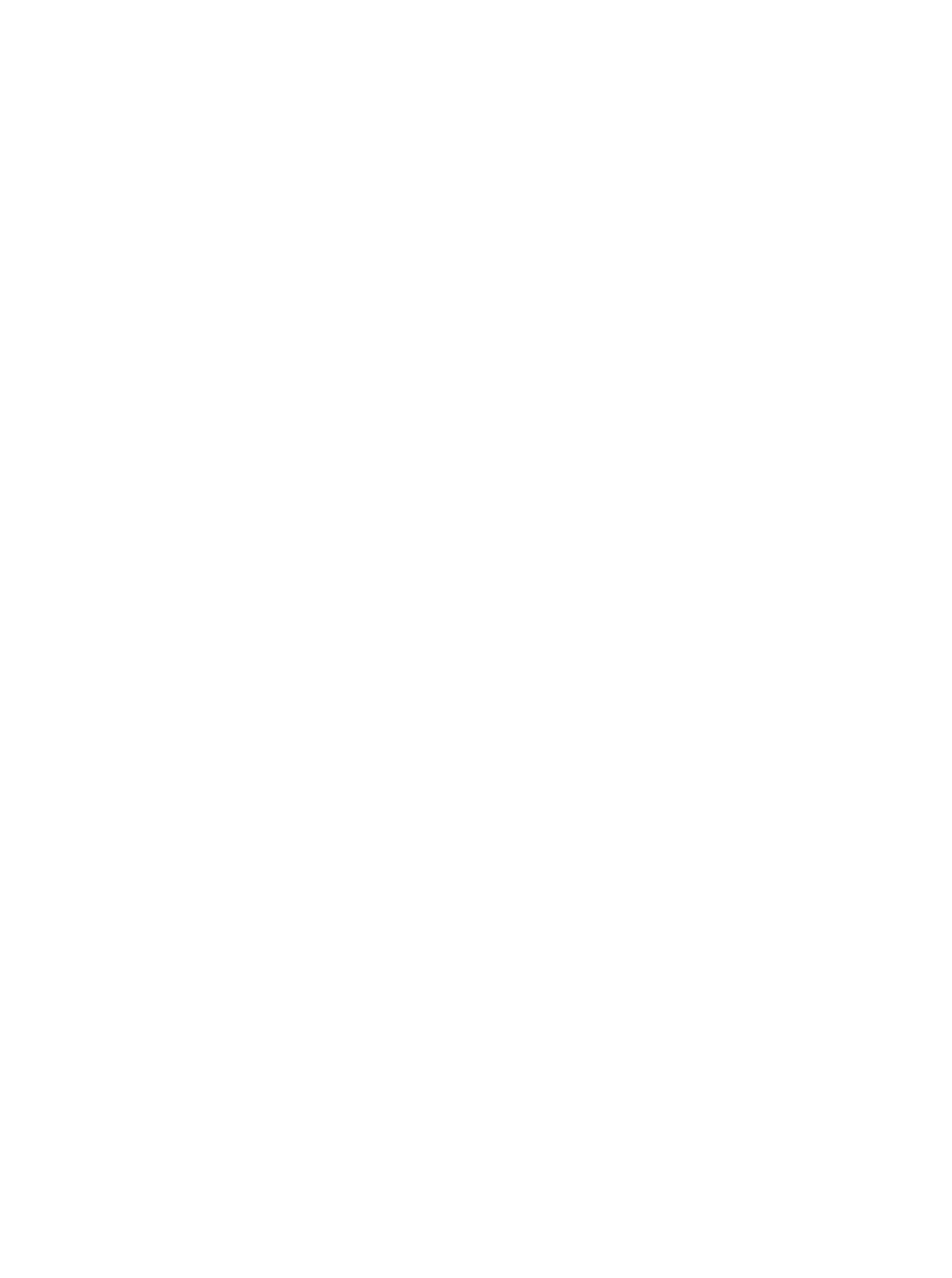 After his American debut at the Discovery Series of the Miami International Piano Festival in 2003, Misha Dacić quickly became a sought-after soloist who captured audiences throughout the United States performing at some of the most eminent venues such as Ravinia’s Rising Stars Series in Chicago, Gilmore Keyboard Festival, Xavier Classical Piano Series Cincinnati, Frederic Chopin Society's Concert Series Minneapolis, among numerous others.

Virtuosity, spontaneity, and the utmost individuality in approching the works of music charachterize Dacic's pianism of immense conviction, flair and communicative immediacy.

Dacić has appeared in solo recitals as well as a guest soloist throughout Central and South America, Europe, Russia, Japan, and Middle East. He performed at the "Martha Argerich Project Festival" in Lugano, at Mendelssohn's house in Leipzig, at Sergiu Celibidache Festival in Bucharest, at the Festival "Raritäten der Klaviermusik" in Husum, at the International Piano Festival En Blanco & Negro in Mexico City, at the Oji Hall in Tokyo, with the Brazilian Symphony Orchestra at Teatro Municipal in Rio de Janeiro.

In 2009 he joined the legendary violinist Ida Haendel on a tour in Japan, performing with her all over the world ever since. One of their live performances was captured on a DVD released by VAI. “Misha Dacić in Recital”, featuring several live performances, was also released by VAI in 2009. Celebrating Franz Liszt’s 200th anniversary in 2011, Dacić’s Liszt album, released by Piano Classics, was greatly received by the critic worldwide. In 2018, Brilliant Classics released Dacić's album feauturing works by A. Scriabin.

Collaboration with the violinist Gilles Apap, and with the Artgentinian tango master Pablo Ziegler are some of the highlights of Dacic’s regular involvement as a chamber musician. In 2016 Dacić gave a premier of his two piano arrangement of Rachmaninoff Choral Symphony 'The Bells' at Rachmaninoff state museum in Ivanovka, Russia, and was appointed artistic director of the Rahmaninoff Festival at the same venue.

Born into a family with musical tradition, and having taken first lessons from his father, Misha Dacić has been performing in public since the age of ten. Kemal Gekić, Frank Cooper, Alan Fraser, Lazar Berman, and Jorge Luis Prats are counted among his mentors.
‍
Dacić is a faculty member of the Miami International Piano Festival Academy since 2015 and has been a recipient of support from Patrons of Exceptional Artists since 2003. 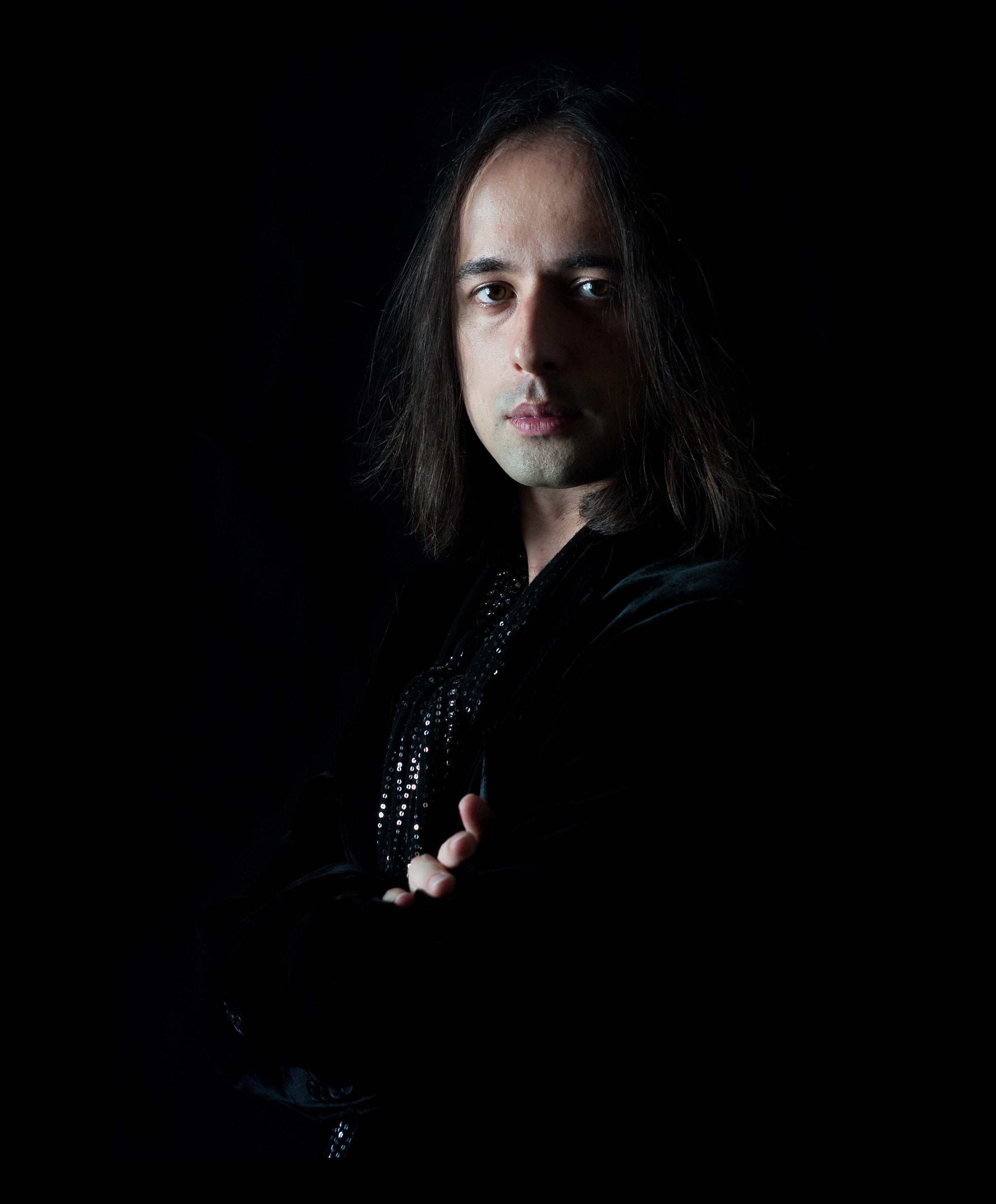 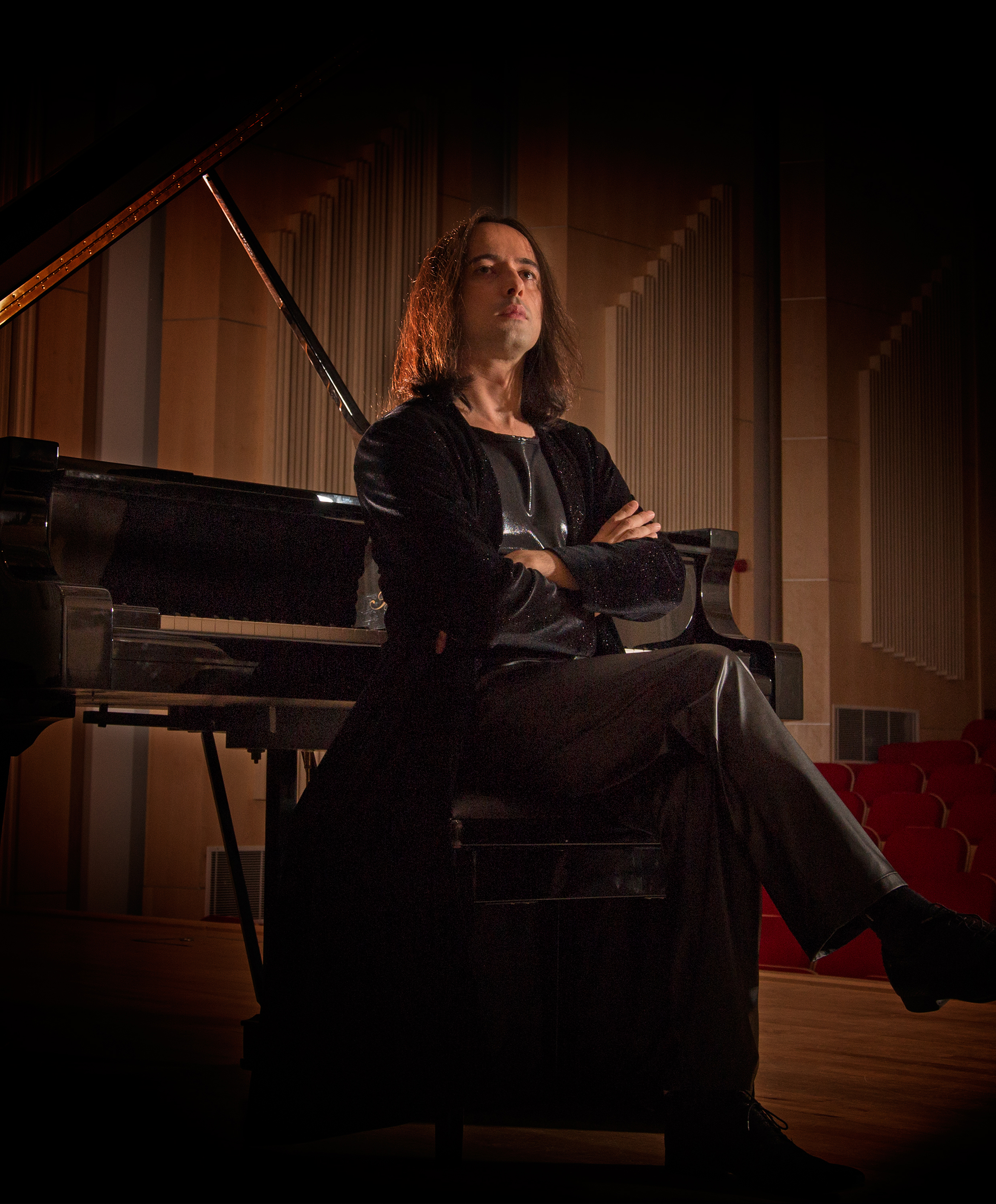 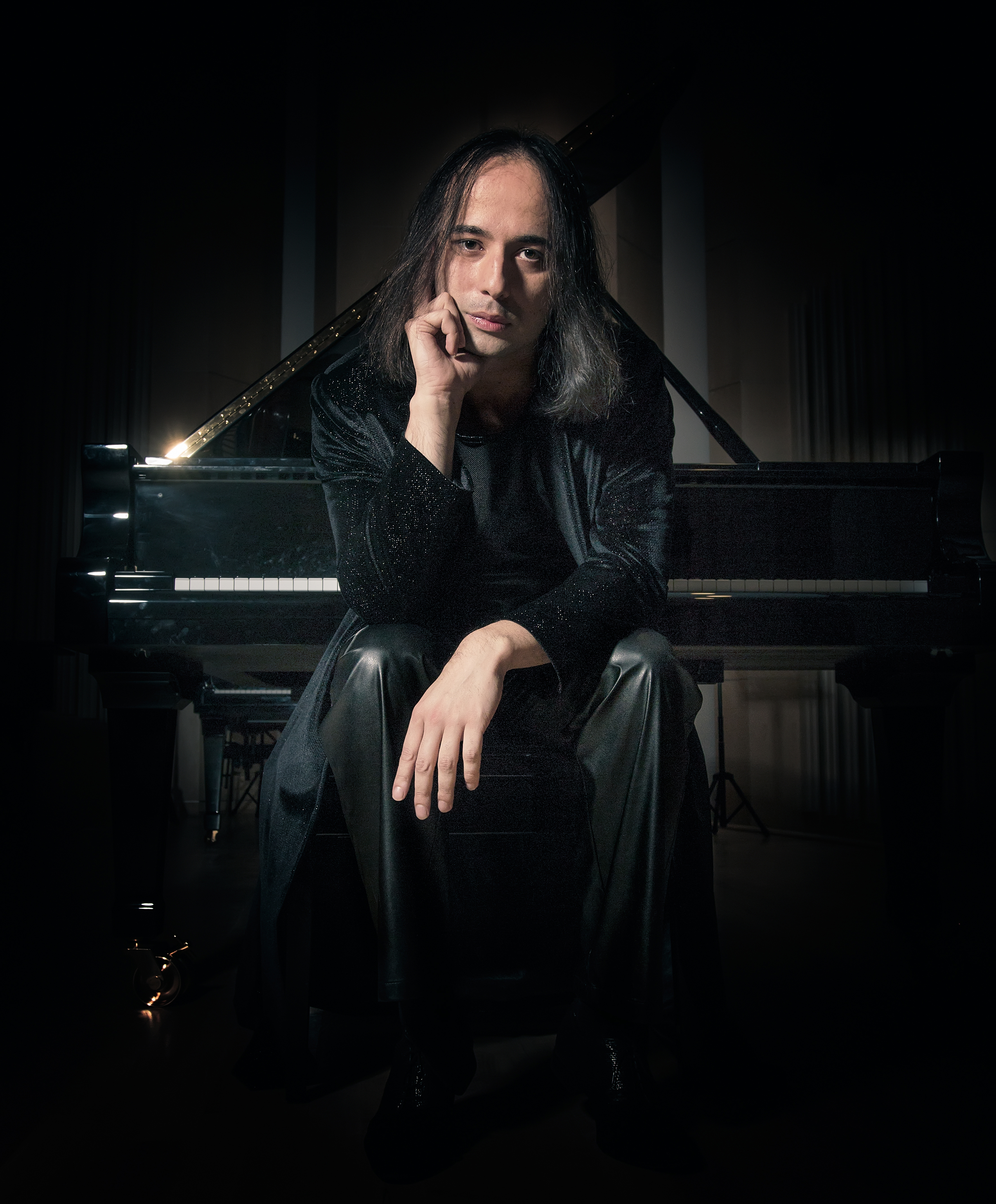 “Misha Dacic’s formidable Lisztian reputation is completely borne out by the stunning virtuosity and passionate, fearless embrace of the composer’s idiom that he performs.” 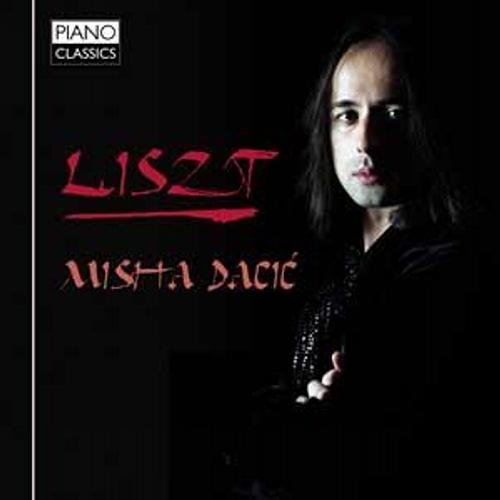 "..A thoroughly captivating disc that should add Dacić to the list of Scriabin’s finest interpreters." 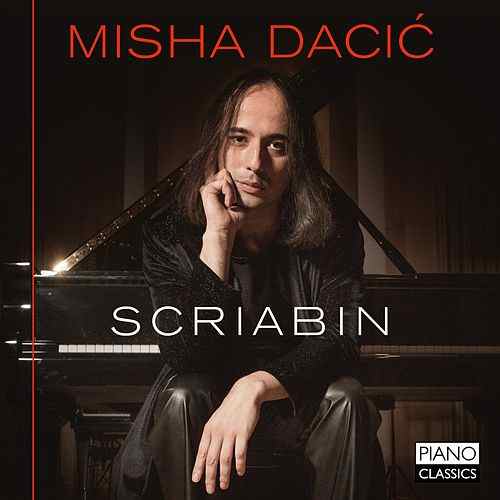 Recorded and distributed by VAI 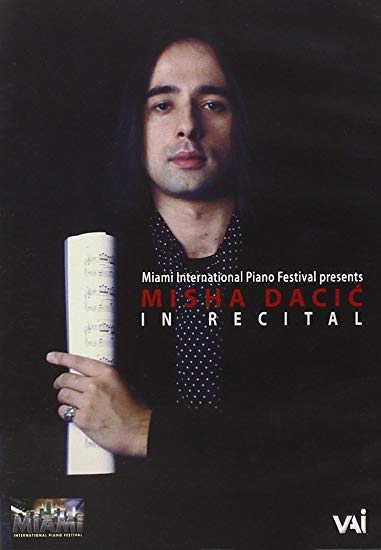 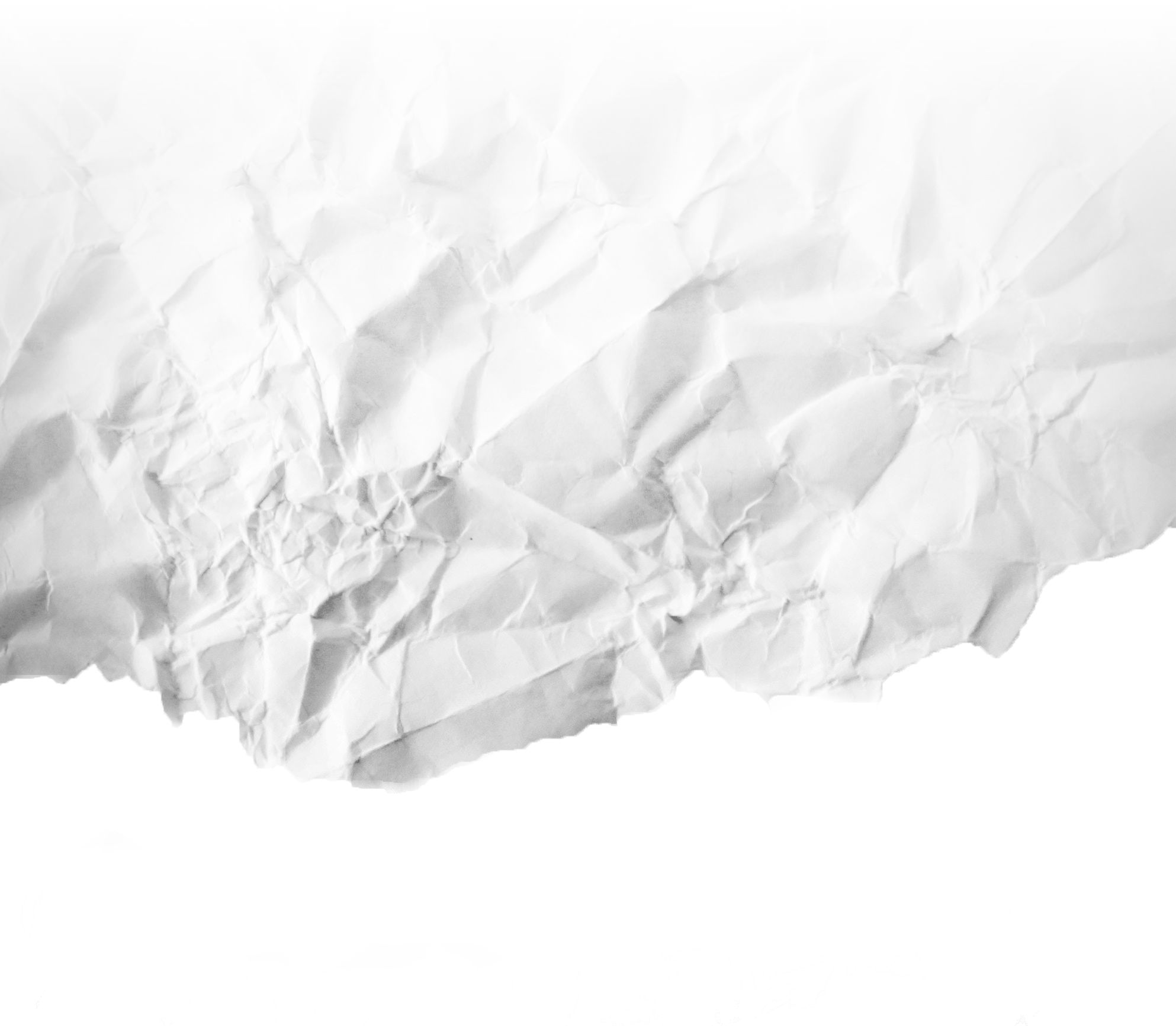 "Dacic’s willful keyboard performance canters and reels in glorious homage to Bacchus, the eddies of sound drunken in their colossal freedom of movement...A colossal but severe experience, it leaves us shaken, if not stirred."

"Dacic extracts from the instrument the most powerful sonorities imaginable...A true colossus of the contemporary keyboard."

'An off the charts performer, capable of the most complex virtuosSism'

Misha Dacic is represented by ACM Concerts
Carlos Magán
Avda. de Cervantes, 10 5º A
18008 Granada, Spain
Tel: +34 600 056 691
‍acmconcerts@gmail.com
acm.concerts.com
Your submission has been sended.
Something went wrong while submitting the form.